New success in solar in France

A first major solar project in the Moselle region

This solar power plant will be built in the Grand Est region, in the Urban District of Faulquemont (DUF) on a former landfill in the city of Tritteling -Redlach. This 15 MW site will produce 16 GWh of power per year and supply the equivalent of the electricity consumption of more than 7000 people, around 30% of the population of the DUF. Construction of the plant will begin in 2021.

The award of this project confirms the expertise of La Française de l’Energie in renewable energy’s production. This success is all the more satisfactory as it was carried out within the framework of a very competitive call for tenders marked by an average price of the projects selected of € 57.4 / MWh, down 7.4% compared to the previous tender. This demonstrates the Group’s ability and agility to develop economically and environmentally competitive projects.

This success also marks a key step for the Group in the deployment of its solar strategy, since this 15 MW solar plant is the largest of the six projects selected for the Grand Est region in this tender.

Antoine Forcinal, CEO of La Française de l’Énergie declares: “We are very happy to win this first solar project and thus contribute to the energy transition of Moselle and Grand Est. This success, which comes a few weeks after the start of production of the largest solar thermal power plant in France, confirms our ambitions and capabilities. I would like to thank the commitment of the entire team which contributes to the success of our deployment in this new solar sector. ”

With this new success in solar, La Française de l’Énergie continues to strengthen its unique position as a key player in the ongoing ecological transition by setting up new energy production sites in the former mining basins of France and Wallonia. 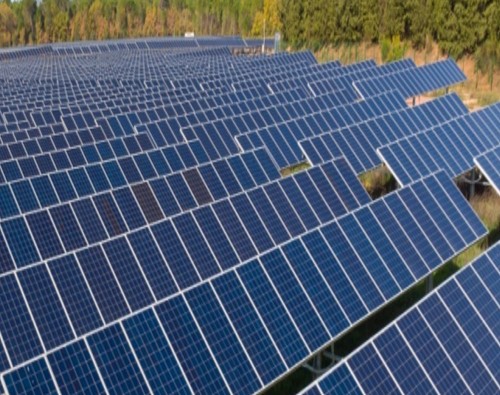