The Board of Directors determines the direction and the strategy of our companies and its activities. The board oversees the efficient and transparent implementation of the strategy to foster the confidence of our shareholders in the management and supervision of the company. 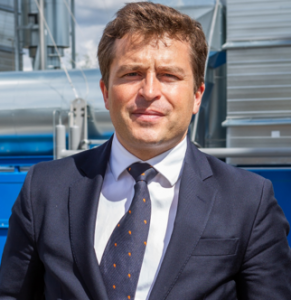 A French entrepreneur specializing in the energy industry, Julien Moulin has been at the helm of Française de l’Energie since 2009, determined to transform the company into a major player in the French and European gas markets.

Julien Moulin was quick to show his entrepreneurial spirit after graduating from Paris Dauphine University. He worked for Barclays, UBS and Axis Capital before co-founding Maoming Investment Manager Ltd, an asset management company specializing in the energy sector and natural resources in Asia.

Julien Moulin will continue to use his numerous contacts and in-depth knowledge of energy markets to expand La Française de L’energie’s activities over the next few years.

A French national, Julien Moulin speaks both French and English. 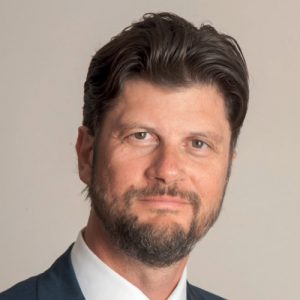 Christophe Charlier is an international financier with broad experience in the mining, financial services, media, sports, and technology industries internationally.

Since 2017, Mr. Charlier has served as Chairman of the Board of Directors of Renaissance Capital, a leading investment bank specialized in emerging and frontier markets.

Between 2008 and 2014, Mr. Charlier served as Deputy CEO of Onexim Group, the private investment fund created by Mr. Mikhail Prokhorov, one of the most prominent investors in Russia. In this capacity, Mr. Charlier served on the Board of Directors of a number of portfolio companies owned by Onexim in the mining (RusAl and Intergeo, and Polyus Gold as an alternate director), financial services (Renaissance Capital as Vice Chairman and Renaissance Credit as Chairman), utilities (Quadra Power Generation), media (RBC) and technology (OptoGan as Chairman) industries amongst others.

In 2009, Mr. Charlier led the acquisition by Mr. Prokhorov of the New Jersey Nets NBA franchise and subsequently oversaw the team’s move to Brooklyn in the Barclays Center. He served as Chairman of the Board of the Nets during their last two seasons in New Jersey and their first two seasons in Brooklyn (2010-2014). He remains a board member of BSE Global, the company which owns Barclays Center amongst other venues.

From 2002 to 2004, Mr. Charlier was Director of Strategic Development and M&A at Norilsk Nickel, the world’s largest nickel and palladium producer at the time. In this capacity, he led negotiations on the acquisition of stakes in Stillwater Mining Company and GoldFields, managed the audit of reserves of Norilsk Nickel for the first time and participated in the formation of Polyus Gold amongst other strategy developments.

From 1998 to 2001, Mr. Charlier was Vice President of LV Finance, a corporate finance and venture capital boutique in Moscow. In this capacity, he advised on several landmark transactions in Russia and the creation of MegaFon, a pan-Russian mobile operator in Russia, serving on its Board of Directors.

From 1997 to 1998, Mr. Charlier worked as an Associate in the Investment Banking Group of Renaissance Capital in Moscow. In this capacity, he played an important role in the sale of a stake in Sidanco, a Russian oil company, to British Petroleum.

Mr. Charlier is the proud father of six children. 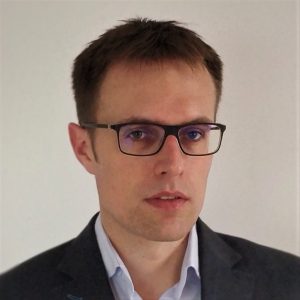 Since November 2015, Antoine Forcinal has held the position of Deputy Chief Executive Officer of La Française de l'Energie, a French SME leader in the exploration, evaluation and production of gas resources in France and the Benelux, listed on Euronext compartment C since June 2016. Antoine is a graduate of a large French general engineering school and of the Imperial College (Royal School of Mines) in London. Despite his training as a reservoir engineer, his career began in operations, as a production engineer on onshore and offshore fields in West Africa for Perenco.

He was then quickly appointed to the North Sea for Perenco UK, responsible for the management of more than 250 offshore gas wells, with particular attention to production, operations and the optimization of reserves. His experience in operations in difficult and highly regulated environments has allowed him to create a profile deemed appropriate to maximize the value of onshore and offshore assets on the east coast of Canada, on behalf of SCDM Energy.

From 2010 to 2014, he simultaneously managed and built the technical departments of two SMEs whose portfolio consisted of 3 onshore permits in western Newfoundland, a dozen exploration permits in Quebec and a offshore license in Labrador. The vast majority of assets are classified as unconventional. From the beginning of 2014 until the end of 2015, he held the position of Deputy Managing Director and Geosciences / Reservoir Director of Foxtrot International, the leading operator in Côte d'Ivoire (also in the SCDM Energy portfolio) .

During his 10 years of international experience, Antoine led multidisciplinary teams to tackle complex technical challenges in difficult environments. Always curious, his need to understand the multidisciplinary dimensions of the oil and gas industry has enabled him to acquire expertise in all the upstream and downstream branches of hydrocarbons. 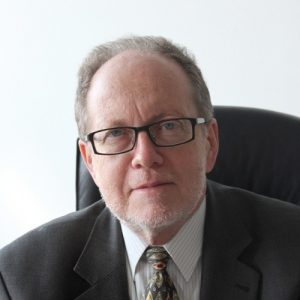 High-level experience in the development of mineral resources and specifically the coordination between operating companies, governments and regulating bodies.

Graduated from the Mines ParisTech, Alain LIGER held senior operational, managerial and advisory positions in the international mining industry, such as BHP Billinton and the state owned French mining group BRGM for 17 years. He led the negotiation of exploration biddings and the senior management of several mining projects in several countries.

From 2013 to 2016, he was a key member of the mining commission for the Ministries of Economy and Finance.